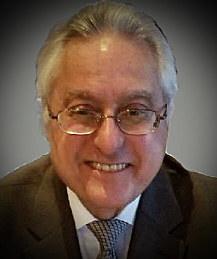 Get Directions
Wednesday
19
May

Get Directions
Wednesday
19
May

Richard frequently recalled his childhood growing up in Garfield as a member of Our Lady of Sorrows RC Church, and was an active participant in the family business, Cameo Cleaners. It was the close upbringing with his brothers Michael and Robert, in the same house as his grandparents and down the block from aunts, uncles, and cousins that instilled in Richard his sense of what it meant to be part of a large, loving, Italian family.

After completing his certification in dry cleaning, Richard flourished in this field for 50 years and built an expansive network of colleagues around the world. Richard married the love of his life, Karen (Scotto), on May 11, 1974 at Saint Catharine's RC Church in Glen Rock. Together they purchased a home in Wayne and later welcomed a son Matthew and daughters Melanie and Alyssa. Richard found immense joy in his home parish, Our Lady of Consolation RC Church, where he served diligently as a Mass Coordinator and as an active member in the Habitat for Humanity ministry. He also greatly enjoyed following the activities of local fire departments, continuing in the tradition started by his father.

In lieu of flowers, please make a donation to the American Lung Association at lung.org.

Share Your Memory of
Richard
Upload Your Memory View All Memories
Be the first to upload a memory!
Share A Memory