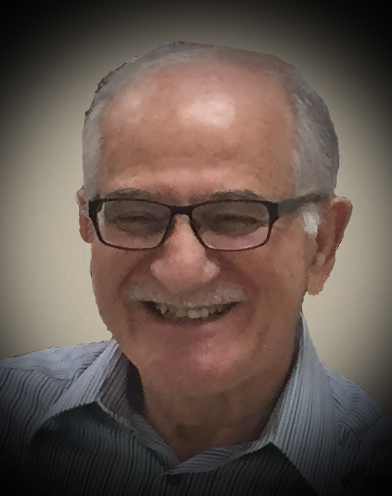 Norman was born at the same hospital May 19, 1938. He was the youngest son of the late Naim and Amina (Bastory) Chidiac. He graduated from St. Agnes grammar school (1950) and St. John Cathedral High School (1956) in Paterson. He received his B.S. in Education from Seton Hall University, South Orange, New Jersey (1961) and his J.D. Degree in Law from the University of Louisville Law School, Louisville, Kentucky (1969).

He was admitted to practice law by the New Jersey Supreme Court in 1970; and was admitted to the Passaic County Bar Association on June 30, 1973. He operated his law office in Clifton, New Jersey, specializing in Criminal Defense, State and Municipal Law, Marriage and Pre-Nuptial Law, Nursing Home Abuse and Neglect, and Real Estate Law.

Before his law practice, Norman was involved with social work in Paterson from 1961 to 1966 and was committed to Paterson's youth, volunteering with the Diocese of Paterson's summer youth program INCA (Inner City Committee for Action). After receiving his license to practice law and in addition to his specialities, he provided a large volume of pro bono legal services to low-income and otherwise needy clients. Norman was a special kind of individual–a one of a kind sort of man—caring for many, including those who would not be able otherwise to obtain support in their search for legal services regarding housing, domestic, and criminal defense affairs.

Norman was the beloved husband of Maria De Lourdes Torres-Chidiac and a loving father to son and caretaker Michael Anthony Diaz, daughters Ivette Diaz-Bovit and Kimberly Diaz-Pereira, and son Jose (Joe) Enrique Diaz. He was the most wonderful grandfather to Alysea (Pereira) Vega, Walter Abbott, Josue (Josh) David Bovit, Michael Joseph Diaz, Alexis (Bovit) Souder, and Miranda Sierra Bovit who, following in her grandfather's footsteps, will graduate from Law School this year; and the best great-grandfather to David Abbott and Sofia Souder.

He will be remembered fondly, with much love, a good deal of laughter, and stories –of cars, ice cream, and many other unexpected joys.

Mass will be live streamed from St. Bonaventure Church @ https://www.facebook.com/search/top?q=stbonslive and https://stbonspaterson.org

In lieu of flowers, please consider a charitable gift in Norman's honor to a favorite cause.

Share Your Memory of
Norman
Upload Your Memory View All Memories
Be the first to upload a memory!
Share A Memory