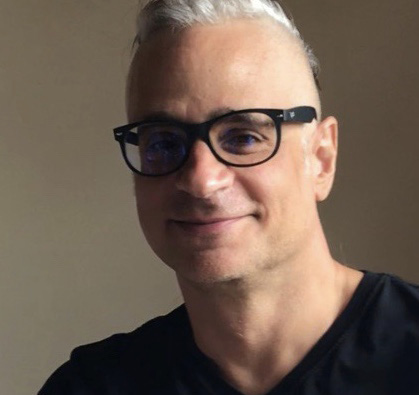 Surrounded by his father Jack Sr., brother Jack Jr., and holding the hand of Cat, his loving wife of 20 years, James John DeSalvo departed this life and was reunited with his beloved mother Kathleen in that special place he liked to call "Somewhere Over the Rainbow."

Jim leaves behind a legacy proportionate to his height and the size of his hands: BIG. Jim took his cues from his first "Pal," big brother Jack, and developed a lifelong passion for music. It wasn't long before they began making music together and forming an unbreakable brotherly bond.

For 30+ years, Jim produced an impressive repertoire of music: everything from pop to metal to hip-hop to jazz. His reputation for creating a superior mix at his own Beanstudio Mastering was built on his careful attention to detail and his ear for quality in sound.

Formerly an adjunct professor of audio engineering at Passaic County Community College, Jim was instrumental in building the school's state-of-the-art recording studio. Jim was also a vocal coach to many talented singers.

In 1996, his passion for music was eclipsed by a bohemian girl with a dazzling smile that reached her eyes...and his heart. He was introduced by a mutual friend who said "Jim is a good person and Cat is a good person. It's not rocket science."

Soon the lovebirds were "toes over nose" in love and built their life together. Jim and Cat both often spoke about how they won the in-law jackpots. They also cultivated a group of friends so extensive, diverse, and loving that their lives together were very rich.

Jim's two greatest accomplishments of all are his beautiful, bright, gentle-hearted children, Rebecca and James. He was the ultimate, doting, full-time dad who guided them by his example as a friend, mentor, cheerleader, life coach, cook, dietician, careful chauffeur, and personal hero. He now adds a new role to the list: guardian angel.

Jim was a vegan. He had a strict aversion to GMO's, processed foods, carcinogens, preservatives, drugs, cigarettes, and even food dyes. His vigilance over his health does not go in vain, as he gives the gift of more life to the recipients of his organs. He lived a pure life and now others will live because of him. A true hero.

Share Your Memory of
James
Upload Your Memory View All Memories
Be the first to upload a memory!