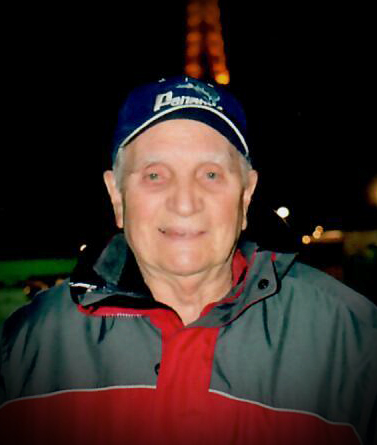 William "Bill" Bushnell, age 93, passed away on Sunday, December 18, 2022. Mr. Bushnell was born in Paterson, the son of the late Henry and the late Caroline (Theese) Bushnell. He was a longtime resident of North Haledon. Bill was a proud Military veteran who served in the US Marine Corps during the Korean war and was awarded the Purple Heart. He was teacher for the Paterson Board of Education, retiring in 1995. Mr. Bushnell was also a mail handler for the Paterson Post Office for many years.

He was an avid deep sea fisherman who loved traveling the world to fish, especially to Alaska and Guatemala, and also to Costa Rica where he once held a record for the largest Marlin ever caught there. In addition to fishing, Bill was a friend to all animals and enjoyed feeding the deer that often visited his yard. He also loved playing BINGO, especially in a Las Vegas casino.

William is survived by his long-time companion Patrice Enyart and his cousin Donna Theese and her husband Albert Stango, along with many, many friends.

A funeral service will be held at the funeral home on Tuesday at 10:00 a.m. with entombment to follow at Calvary Mausoleum in Paterson.

In lieu of flowers memorial donations may be made to Mary Help of Christians Academy, 659 Belmont Ave, North Haledon, NJ 07508, https://www.maryhelp.org or

Share Your Memory of
William
Upload Your Memory View All Memories
Be the first to upload a memory!
Share A Memory