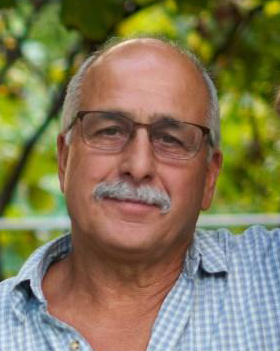 Giovanni ''John'' Macaluso, of West Milford, age 67, died Thursday, October 27, 2022. Mr. Macaluso was born January 8, 1955 in Castellana Sicula, Italy, the son of Giuseppe and Maria (Cristodaro) Macaluso. He was a 1973 graduate of Passaic County Tech in Wayne. John was a mason his entire life and the owner of by John Construction Co. in West Milford. He was also a line manager at Estee Lauder in Oakland for over 20 years.

John was a hunter and forager of anything edible. As a master gardener of vegetables and flowers, he could cultivate anything from a seed and make it grow. He was known for sharing cuttings of his fig trees, peach trees, plants and vegetables.

The funeral will be Wednesday at 10:00 a.m. at the funeral home and will be celebrated by Fr. Michael D. Lombardo.

The entombment will follow at Laurel Grove Memorial Park in Totowa.

Share Your Memory of
Giovanni
Upload Your Memory View All Memories
Be the first to upload a memory!
Share A Memory