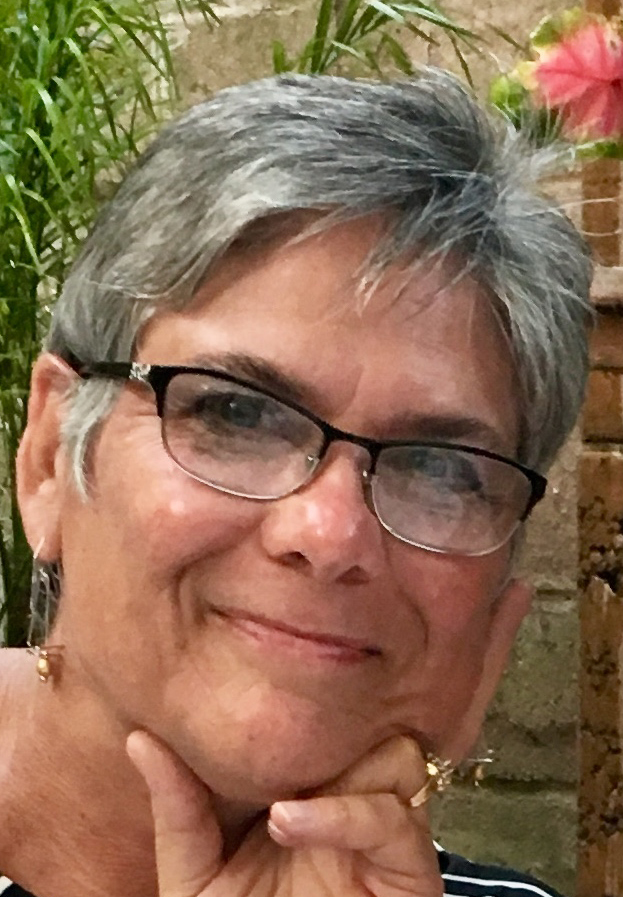 Born on February 5, 1956, in Montclair, NJ, Pat was the third of six children born to the late John Michael and Regina Mary (D'Amelio) Josephs, Sr. Growing up in Paterson, NJ, she attended St. Mary's School and later graduated from John F. Kennedy High School in 1974, where she served as Class President, showing her leadership abilities from a young age.

During her college years at Montclair State University, Pat volunteered as a cheerleading coach and stayed in touch with many of the young women she had the chance to mentor throughout her life. Pat also traveled extensively during this time throughout Europe, and it was a visit to Communist Russia that became one of her most talked about trips. Experiencing different cultures had a profound effect on Pat, as it allowed her to realize that no matter the language, the clothing, the religion, or the food, all people were created in God's loving image and were special and deserving of sincere love.

Besides volunteering and traveling, Pat also worked as a coat check girl, a bartender and was later a banquet manager at her cousin's restaurant, 'The Triple Crown', in Little Falls, NJ. Upon graduating from Montclair State University in 1980 with a BS in Health Administration, she became a New Jersey Licensed Sanitary Inspector-First Grade. Working for several years as a health inspector for the Township of Wayne, NJ, she was also instrumental in creating the new "recycling department" there.

Working in Wayne would be fortuitous for Pat on many levels. She learned much in her various leadership roles, but fate would allow her to meet a local funeral director who came to her office regularly to file death certificates of those individuals in his care. After being introduced by a mutual friend, she agreed to go out on a date with him. Their instant friendship grew into love, and a year or so later she became Mrs. Robert C. Moore, IV.

Living and working around the funeral home would be transformative for Pat, just as her early life worldly travels had been. Seeing her husband, Rob, her mother-in-law, Barbara, father-in-law, Bob, and the entire Moore Team take care of the living by caring for the dead, she knew that God had a new plan for her life. Returning to college, she received an AS in Funeral Service from Mercer County Community College in 1985, going on to serve her apprenticeship and receive her New Jersey Funeral Service Practitioner's License, #3859, in 1987.

Pat would work side by side with her husband and family at their family-owned funeral home, Moore's Home for Funerals in Wayne, NJ, for more than 35 years, where she would go on to become Co-Owner. Serving as a funeral director and embalmer, her funeral ministry helped thousands of families create beautiful life celebrations for those they loved most, and allowed people to find a sense of hope and light during some of life's darkest hours. She truly believed that her work as a Funeral Director was fulfilling a 'Corporal Work of Mercy', that of burying the dead, and that work, as a result, praised God for the gift of life and gave comfort to those who were left to mourn.

Pat was an integral part of the fabric of the NFDA for many years while Rob served in numerous leadership positions of the association. Traveling frequently with him around the United States and internationally, the pair promoted the value of the funeral and the rewards of becoming part of this noble profession. Her unique ability to welcome and bring people together, along with her expertise as a working funeral director, made her an asset to the NFDA and its' members that was hard to replicate. With a ferocious passion, she did things her way, and invited everyone else along for the ride, which was always a fun one!

Her faith was a window into her soul, where one would see her steadfast and loving heart whose actions spoke her truth. A longtime and dedicated communicant of Our Lady of Consolation Roman Catholic Church, Wayne, NJ, her instantly recognizable smile was loved by all. Active in many areas of parish life over the years, Pat was a part of the Holiday Altar Decorating Committee, the Stewardship Council, served as a Eucharistic Minister, and was a member of the Parish Finance Council. Her volunteer work outside of the parish included being a member of the State of New Jersey's Supreme Court District Fee Arbitration Committee, a former member of the Funeral Service Advisory Committee at Mercer County Community College, and a longtime member of the Batesville Casket Company Customer Advisory Board.

If faith and funeral service could be considered as two of her loves, the main love in Pat's life was certainly her family and friends. She was devoted to her best friend and life partner, Rob, as he was to her, for more than thirty-seven years. The pair simply enjoyed each other, and rooted their marriage in a deep respect and love, one for the other. Their life became even more blessed with the birth of their son, Robby, who was truly the light in his mother's eye and of whom she was extremely proud. Growing up in a large family allowed Pat to appreciate people and she truly never met a stranger. She made friends easily and considered her friends as family. There was no deviation from that model and it will always be said of Pat Moore that she truly cared for all people.

She had many hobbies, and cooking Italian delicacies was a hobby that anyone who knew her appreciated. Her decorating skills were top notch and she loved to decorate her home for all the holidays, with Christmas being among her favorites. The beach was her 'happy' place, along with California wine country and of course, a good glass of wine shared with her husband and friends.

Matthew 11:29-30 states: Take my yoke upon you and learn from me, for I am gentle and humble in heart, and you will find rest for your souls. For my yoke is easy and my burden is light. She followed these words her entire life, and by her words and deeds allowed countless others to see goodness and compassion in a world that can sometimes seem so dark, She rests now in the sweetest peace until we are all reunited again in that place where there is no pain or suffering, but only light, peace and hope.

Surviving is her loving husband, Robert Cowell Moore, IV; her son, Robert Cowell Moore, V and his partner, Kyle Mesce; two sisters and brothers-in-law, Kathryn and Michael Manza and Lynn Marie and Diego Lezcano; two brothers and sisters-in-law, James "Shemp" Sr. and Judith Josephs and Michael "Spec" and Lisa Josephs; "Aunt" Jay and "Uncle" Bob Tubman; many Godchildren, cousins, nieces, nephews, grand-nieces and grand-nephews, and extended family; all those individuals and families she had the privilege of serving during her ministry in funeral service; and many dear friends from all around the world whose lives are surely better because Pat made them smile.

In addition to her parents, she was preceded in death by her brother, John Josephs, Jr.

A Mass of Christian Burial celebrated by Rev. Michael D. Lombardo will take place on Friday, October 14, 2022, at 10:00 a.m., also at Our Lady of Consolation R.C. Church to which all are welcome. Everyone is requested to arrive at the church by 9:45 a.m.

Interment in the Moore family plot will follow at Laurel Grove Cemetery, 295 Totowa Road, Totowa, NJ 07512. Again, all are welcome to join the Moore and Josephs families as Pat is brought to her place of rest.

Please consider either flowers, which Pat loved, or a donation in her memory to your favorite local, state, or national funeral service scholarship fund to help encourage future funeral directors to follow in her footsteps. For those who wish, contributions may be sent to the Passaic County Funeral Directors Association vial mail to: PCFDA Scholarship Fund, c/o Don Ingwerson, Treas., 59 Main Street, Ridgefield Park, NJ, 07660 (please note Pat Moore Scholarship in the memo section of the check and include your full contact information).

Realizing that some may be unable to attend due to the pandemic, the Mass of Christian Burial on Friday morning, followed by the graveside committal prayer service, will be live-streamed, with the stream being active starting at 9:45 a.m. on Friday. To watch, please click HERE and kindly ensure you do not have a pop-up blocker enabled (if you are having issues with clicking above, please follow this link: https://livestream.com/aritonvideolive/pat). Please note that the same link will be used for both events, and you may need to refresh your browser between events depending on the technology you are using.

Share Your Memory of
Patricia
Upload Your Memory View All Memories
Be the first to upload a memory!
Share A Memory