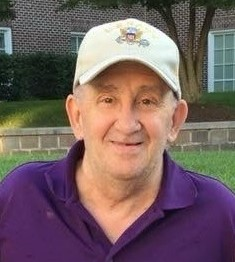 Timothy Patrick Donnelly, 74, of Pompton Plains, died on March 2 after many years of suffering as a Mets, Rangers and Giants fan.  Tim grew up in Wayne and attended Wayne Valley High School (Class of '65) where he excelled in skipping class. His scholastic endeavors earned him a spot in the United States Navy, where he served on active duty from 1967-1969. During his days in the service, Tim was stationed on the USS Braine and spent time throughout Southeast Asia, including the Gulf of Tonkin. Along the way, he and his fellow servicemen left a long trail of American pride coupled with 5-cent beer bottles.

Honorably discharged from the Navy, Tim returned to New Jersey and started a family, contributing three offspring to the world's surplus of Irish men. For approximately 25 years, he worked as a manager for Friendly's in Pompton Plains, Wayne, Elmwood Park and Morristown. Among his favorite activities was being in a constant state of annoyance over the performance of his sports teams. A lover of baseball who rooted for the New York Giants then the New York Mets, Tim long believed that Willie Mays was the greatest player who ever lived and that Vin Scully was overrated. He loved to play golf, even when it meant largely fishing his ball out of the water or navigating a sand trap.

Starting in October 1989, Tim lived every day of his life one day at a time. He adored and doted on his two granddaughters, spoiling them with candy, chocolate and toys every chance he got. Getting to see and spend time with them, even if it was just on the phone, was the highlight of his day.

Tim is survived by his three sons, Tim, Mike, and Chris, his daughter-in-law Jamie, his two granddaughters, Erin and Claire, his sister, Maryanne, and his three brothers, Joseph, William (wife Jennie) and Anthony. A memorial gathering for family and friends will be held on Saturday, March 5 from 2:30 to 4:30 at  the  Funeral Home.

Tim asked that no flowers be sent to the memorial  but that people instead send a balloon.

Share Your Memory of
Timothy
Upload Your Memory View All Memories
Be the first to upload a memory!
Share A Memory