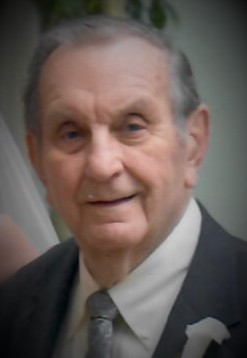 William C. Doviak, age 92, passed away on Saturday, February 5, 2022. Mr. Doviak was born in Passaic, New Jersey at St. Mary’s Hospital, the son of the late William and the late Marie (Vaxmonsky) Doviak. He recently lived in Mahwah and was formerly of Clifton and Wayne. After attending Pope Pius XII High School and Seton Hall College, Mr. Doviak served in the United States Air Force during the Korean Conflict later graduating from Seton Hall in the Class of 1953. He developed and ran multiple companies during his career, several of which he actively managed until very recently. An avid hunter, fisherman and gardener all of his life, Mr. Doviak was active in multiple outdoors organizations and spent happy hours on Highland Lake in Bridgton, Maine where he and his beloved wife, Eileen, owned a camp for many years.

Married in 1952 to the late Dorothy Eileen (Keuhn), he was the loving father of sons, William (Kathleen), Thomas (Karen) and James (Marie); devoted grandfather of five loving grandchildren, Liam, Terrence, Caroline, Emily and Anthony; doting great-grandfather to cherished great-grandsons Clark and Aiden. Mr. Doviak is survived by his loving sister, Elaine (Brenchley). He is predeceased by his wife Dorothy Eileen, his son James and daughter-in-law Marie (Buscio).

Friends are welcome to attend the visiting hour on Friday, February 11 from 8:30 -9:30am.m. at the funeral home. The funeral mass will at 10 AM  at Our Lady of Consolation R.C. Church, 1799 Hamburg Turnpike, Wayne, NJ 07470 which will be celebrated by Father Michael D. Lombardo. Interment will be in St. Nicholas Cemetery in Lodi.

Share Your Memory of
William
Upload Your Memory View All Memories
Be the first to upload a memory!
Share A Memory