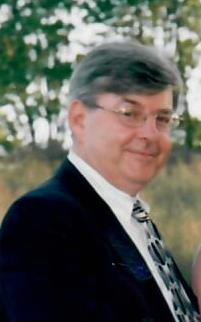 Bert was born in Dumont, the third of five children, to William and Mildred (Klopp) Rhode. He was raised in Wayne after living briefly in Fairlawn. He attended Catholic School at Saint Mary’s in Pompton Lakes. Growing up Bert was known as the class clown and had a mischievous nature. You could always find him surrounded by friends playing street hockey and basketball or exploring the woods near his home.

After attending Wayne Hills and Passaic County Tech high schools, he dropped out of school and enlisted in the U.S. Marine Corp at the age of 17. He served with honor from 1970 to 1974 during the Vietnam War. He was trained as a helicopter hydraulic mechanic and received 3 medals including the National Defense Medal. While serving he had the opportunity to try things for the first time including pizza and rock ‘n’ roll concerts.

After the Marines he returned to New Jersey but had trouble finding a job at the airports as a mechanic. His uncle Don helped him get a job at the Vendo Company where he started as a vending machine repair man. He liked the work and the money he made so he stayed in the business. He opened his own vending business, Vend Tech, in 1975. Vend Tech grew over the years in sales, repairs and consulting and eventually became the Vending Technician Corporation. He retired in 2021.

Bert was married and divorced twice, to Gail Ross in 1978 and Shirley Paladines in 1996. Bert and Shirley had two children together, Albert and Darlene. Bert is also the father of Michael Kerwin.

Bert loved playing Poker and Hearts with friends and family. He listened to classic rock and watched old movies like classic westerns, horror and bad sci fi. He was a staunch Republican and loved to argue over politics.

A funeral Mass will be offered on Tuesday December 21st at 10AM, St. Joseph RC Church, 454 Germantown Road in West Milford and internment will be at BG William C. Doyle Memorial Cemetery  in Wrightstown

Share Your Memory of
Albert
Upload Your Memory View All Memories
Be the first to upload a memory!
Share A Memory