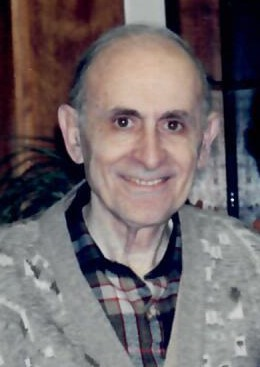 George Perkel was born in 1919 and attended Brooklyn College graduating in 1939 with Gold Academic Awards and became an Economist for the US Government before becoming the Director of the Textile Workers Union of America. He was a driving force for Occupational Safety and presented a case for filtration systems in the textile mills to the US Supreme Court and won. He was asked to be Secretary of Labor by President Jimmy E. Carter - (he turned it down) but Congress, to this day, uses one of his books for OSHA Laws. After retirement, he taught Labor Law at a William Paterson College. He was married to his wife Ceil (Finklestone) for over 50 years and always stood by her side no matter what. He took time out of his very busy schedule for both his son, Jeff and his daughter, Lynn taking her to piano lessons and him to his baseball games. George spent many years painting and also loved photography. He passed his appreciation of Art to his children. He would have turned 100 on 11/25/2019.

A graveside service will be Monday at 11:45 am at Cedar Park Cemetery, 735 Forest Avenue, Paramus, followed by interment there.

In lieu of flowers, memorial donations may be made to Atlantic Hospice, 465 South Street, Morristown, NJ 07960

Share Your Memory of
George
Upload Your Memory View All Memories
Be the first to upload a memory!
Share A Memory