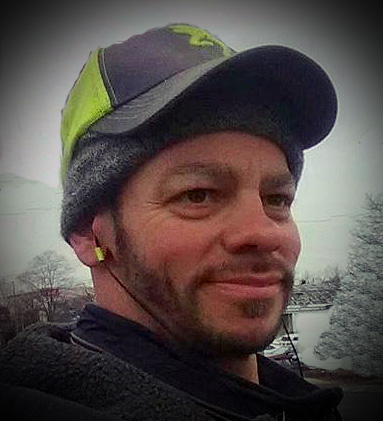 On Thursday, September 19th, in the city of Paterson, Jay's life was taken away too soon.

Jay was born in Paterson where he lived most of his life. He was a very quiet and kind person who was always willing to help someone out. He was always his own person. He was a one of a kind unique individual. He supported the Paterson community and dedicated a lot of his time to the Great Falls area, where he frequently visited. He always had a great sense of humor and was athletically active in his younger years. Jay's bike was his constant mode of transportation. He also loved music and always had his phone/camera with him.

He was preceded in death by his mother Bernice Keenan, his father Charles DeGroot, his step-father John Durant, and his brother Thomas Durant.

He leaves behind his siblings Christine (DeGroot) Smolt and husband Richard, Danielle (DeGroot) Gvoth and husband Bobby, his brother Brien DeGroot and his wife Lisa, and brother Michael Durant. Jay also leaves behind several nephews and nieces, Anthony, Christopher, Katelynn, Tyler Smolt, Brien DeGroot and Morissa Gvoth. He also leaves behind several aunts, uncles and cousins from the Keenan family and the DeGroot family. There was an aunt in particular in Jay's life that was near and dear to him, and that was aunt Rita (Keenan) Bracco. She will hold a special place in his heart.

In addition to his relatives, Patricia and Steve DeHaan were two special people in Jay's life who meant the world to him.

Share Your Memory of
John
Upload Your Memory View All Memories
Be the first to upload a memory!