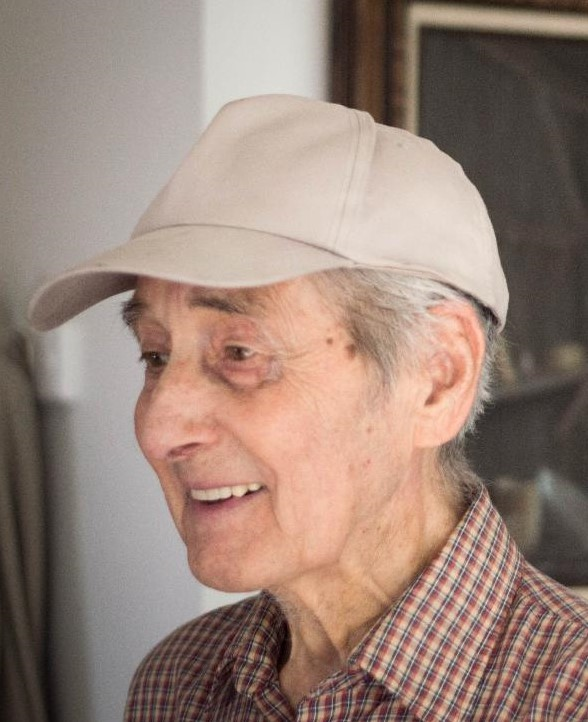 Martin was born in 1925 in Paterson, NJ, the son of Frank and Mary (Cooke) Barr, and spent most of his life living on Ratzer Rd. in Wayne. He grew up on the family chicken farm (when Wayne was still a farming community) with his parents and six siblings, and later bought the home to raise his own family in. For several years he lived in New York City, working as a musician and singer while he attended art school. He was a published songwriter and avid inventor. He received a commission during art school for a mural in the offices of the old Yankee Stadium. That led to a career as a mural artist. He spent the next thirty years painting murals in houses and restaurants in New Jersey, New York and beyond.

Martin married his wife, Angelina, in 1956 and they were married for 49 years until her death in 2005. After her passing, he moved to Woodstock, New York and continued painting and enjoying the artistic heartbeat of that town. He had gallery exhibits over the years in New York City; New Hope, Pennsylvania; Woodstock, New York and several other cities. The last few years were spent in living Roxbury NY to be closer to family. He was still painting, driving, and living on his own up to the end.

A private graveside service will be held at Christ the King Cemetery, Franklin Lakes, NJ. on Thursday, May 30th. Following the interment, the family will host a gathering celebrating Martin's life and work at Portobello's, Oakland, NJ from 5-8 PM. Friends and family are welcome to come, share stories and view his artwork which will be on display.

In lieu of flowers the family asks that you make a donation to a local food bank or arts non-profit organization or that you simply think of him while you write a poem, paint a picture or take a walk while reflecting on the beauty of the world around you.

Share Your Memory of
Martin
Upload Your Memory View All Memories
Be the first to upload a memory!