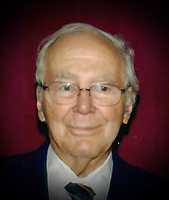 Joseph R. Farruggio, Sr., age 91, passed away on Tuesday, February 4, 2020 at his home in Wayne, NJ. Mr. Farruggio was born in Brooklyn, New York, the son of the late John and the late Sadie (LaRosa) Farruggio. Joseph was a proud member of the US Marines and served in the Korean War. He developed a distinguished career in the defense industry working as a radar defense engineer and he retired as a distinguished Senior Scientist. Mr. Farruggio received a law degree from Brooklyn law school. He was an avid reader and spoke on many subjects with specificity and clarity. Upon retirement he moved to Wayne and participated in many social activities. He was an active member of the golf team and participated in the bridge club where he achieved a stellar ranking. He was man of great determination, he left no stone unturned, and eagerly seized the day. Joseph will truly be missed for his intelligence, quick wit, energy, compassion, and love of life. Mr. Farruggio is survived by his wife Esther; his loving children: Joseph and wife Jeanne; and daughter Sandra and her husband Jeffery, Esther's sons: Jeffrey and Steven, his cherished grandchildren and great grandchildren, his dear sister Helen and her husband Paul and his nieces and nephews. Visiting hours will be on Saturday, February 8, 2020, from 10:00 a.m. - 1p.m. at the funeral home with a service at 11:45 a.m. Memorial donations in Joseph's name made to the Parkinson's Foundation, 1359 Broadway, Ste 1509, New York, NY 10018 or at parkinson.org/way-to-give.