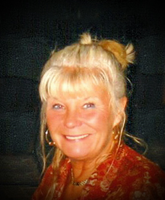 Colleen M. (Naudts) Pina, age 67, passed away on Sunday, June 16, 2019. Ms. Pina was born and raised in Paterson, the daughter of the late Alfred and the late Elizabeth (McCabe) Naudts. She was a graduate of St. Mary's High School in Paterson. Colleen worked for many years at the Prospect Park Savings Bank before retiring from the North Jersey District Water Supply in Wanaque. She lived in Glenwood, NJ for many years and married Donald Miller in 2011. Later, she moved to Henderson, NV.

Colleen is survived by her beloved son, Robert John Pina; her brothers, Kevin and his wife Carolyn Naudts, Jack and his wife Joan Naudts, her sister-in-law Janet Naudts; her nieces, Kaitlin and Megan; and her dear friends Karen LoBue, Jackie Bonney, and Bob Pina, her former husband.

She was predeceased by her daughter Jennifer Lynn, her brother Sonny and her husband Donald Miller.

In lieu of flowers, memorial donations in Colleen's name may be made to Compassion Care Hospice, 7842 West Sahara Avenue, Las Vegas, NV 89117